MySQL’s version numbering is getting harder and harder to understand. In fact, it’s getting surreal.

Let me state up front that there’s probably a lot I don’t know here. But if I don’t know, how on earth can the general public figure it out?

Before we begin, let’s define terms: GA is completely done, ready for use. RC is a release candidate: don’t change anything, just fix bugs because we’re charging towards a release here. Beta is possibly unsafe code, use at your own risk. Alpha is known to have significant bugs, but if you’re curious please play with it.

How is this an improved release model? What is improved about this?

How in the world can anyone figure out what versions of the software have what features? Who can make an educated decision about what product to use in this situation? Are people supposed to just rely on the sales people to help them figure out what to use? Boy, is that trusting the fox to guard the henhouse.

Why didn’t they just release 5.1 Cluster as GA separately, if that reflected the reality in the code? They certainly missed an opportunity to show some progress on 5.1. As it is, 5.1 got robbed of its chance to have at least some of its code go GA after more than 2.5 years in development. Now 5.1 looks like even more of an embarrassment—hey 5.1 team, how come you can’t get anything out the door when these 6.2 people are releasing GA products? Not to mention 6.0—you guys look bad now too! (Just kidding.)

I tried to draw a timeline of MySQL’s release history, in some detail in the 5.0 history and in very basic detail in the 5.1 and 6.0 and 6.2 trees. You can take a look at that. It’s worth studying for 5 minutes or so, even though it’s kind of ugly. There are lots of oddities to notice about it. Enjoy: 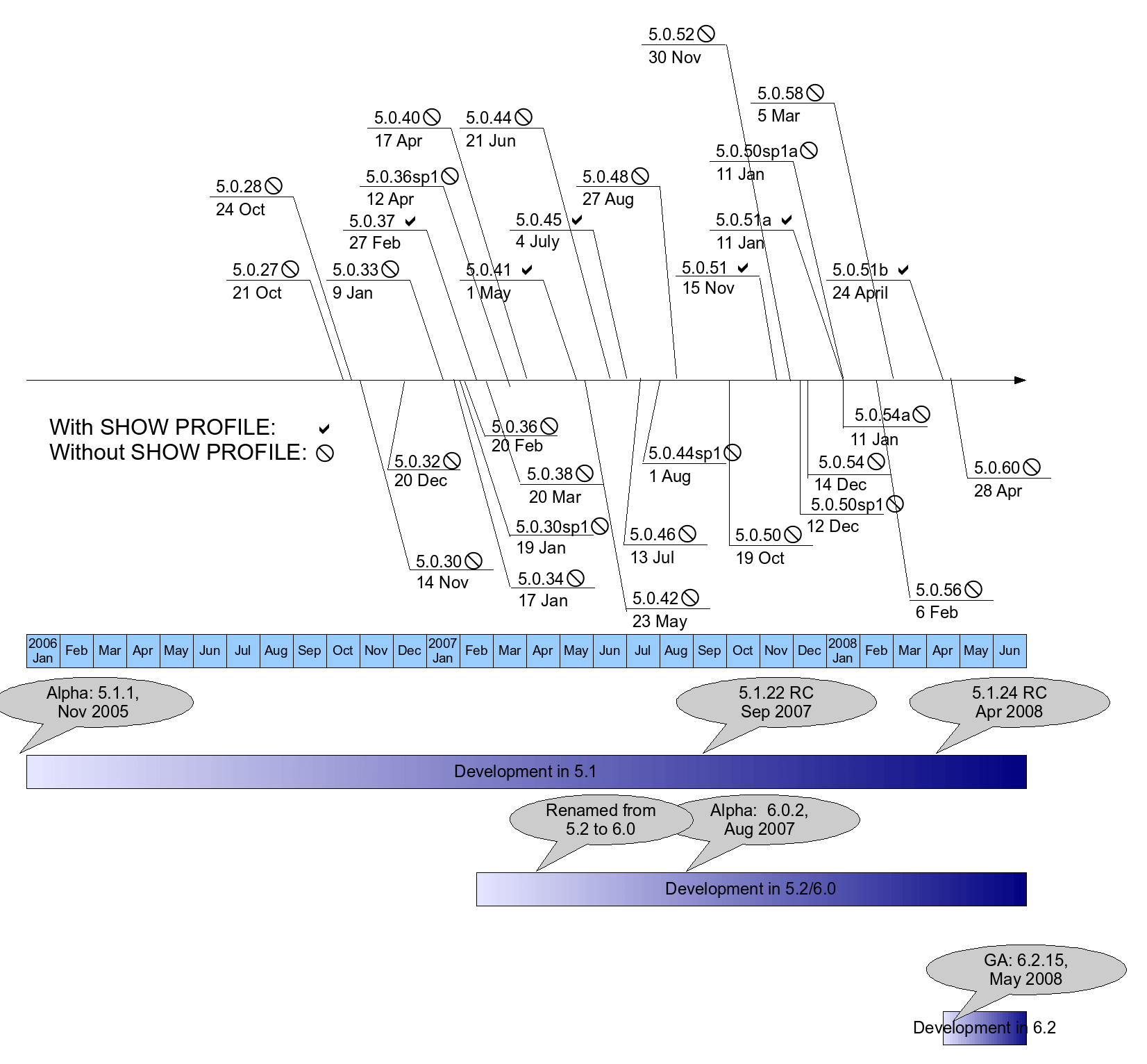 The inmates are running the asylum. This gets more and more amusing as time goes on.