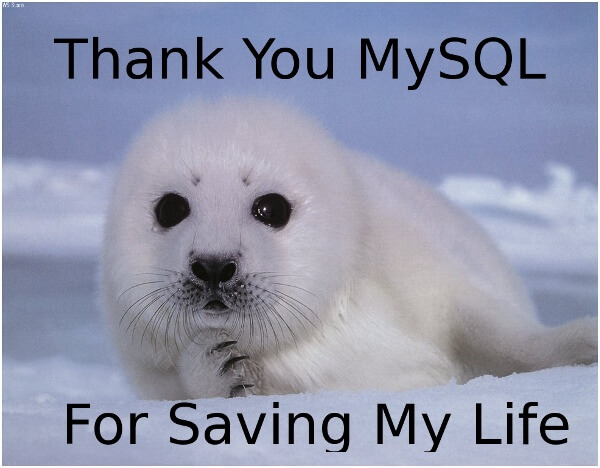 This is a test to see if people will vote this down on Planet MySQL. If you’ll vote down some of the posts that have gotten negative marks recently, like Allan Packer saying that he’s still working on Sparc supercluster, or Drizzle going GA, or Percona Server and XtraBackup being available on Solaris, or mk-query-digest filter how-tos, or TokuDB announcing online add of columns, or XtraBackup Manager, or using WordPress on Drizzle, well…

Then you’re probably the kind of person who’ll vote negatively about MySQL saving the lives of baby seals.

Seriously: is it at all possible that the above posts, which got thumbs-down votes, are actually bad news for anyone? I usually don’t look at the Planet, and only read through my RSS feeds, but for some reason today I actually browsed to it, and I was just amazed at how many posts that are nothing but great steps forward for the MySQL community have negative votes! Who are these people? Who would do such a thing? Get a life! But before you do, please vote this post down—go on, do it! Prove my point!