What will life be like in the age of smart machines? According to a Batten Institute briefing on Innovation in the Age of Smart Machines, up to 66% of the U.S. workforce may lose their jobs to computers in the coming decades. The report points out, however, that humans will always be needed to direct the computers. I’m not so sure.

I think the briefing is right to predict that just as machines replaced a lot of the physical labor we used to do, they’ll soon replace a lot of the thinking we currently do. Industrialized economies turned into “knowledge worker” economies to adjust to this, and we’re in the beginning stages of another transformation now, with probably more disruptive effects. Although a lot of people today feel safe that they won’t be obsoleted because they’re thinkers, in the future that is not likely to hold true, and the societal implications are stunning:

developed economies are bifurcating into a small educated elite and the rest. There will be no comfortable “middle.” The elite—about 10% to 15% of the population—will be those with skills that are highly complementary with computers… Others will endure stagnant or falling wages…

Thus far I agree, but there’s one area I don’t think the report goes far enough. Whether out of inability to see what’s coming, or fear of it, or reluctance to be the bearer of bad news, the brief reassures us that people will still be irreplaceable:

We must learn how to get along with smart machines in order to maximize the enormous value they bring to the workplace… the accelerating pace of technology change and innovation creates a growing demand for high-level technical skills.

The report goes on to name several areas that seem immune to technological takeover:

It concludes that “the ability to appeal to human beings is something machines aren’t good at.”

And that’s where it leaves off an insanely important three-letter word.

Where Will Technology Stop?

Whenever you hear someone say “computers aren’t good at X,” mentally append yet.

Machines may not understand how to anticipate and play on human emotions and responses yet, but they will. The word yet is the crucial part. There is already a growing body of not only research, but working implementations of computers being able to understand and contextualize human emotional responses. I’ll leave it as an exercise to the reader to explore this topic.

The implication is that we should not be reassured. Computers will someday understand marketing, design, analysis of large data sets, and how to build and program new machines. When these breakthroughs happen they will be stunning. But they will happen. It’s just a matter of time.

If you don’t believe it, just think of the last 150 years of “X will never happen” claims. My parents used to have a full-page spread from a newspaper, probably the Wall Street Journal, fastened to our refrigerator with magnets. It was covered with dozens of thumbnail-sized photos of expert after expert proclaiming that heavier-than-air flight was impossible. All the predictions were from the late 1800s and early 1900s, just before flight was achieved.

Practically every scientific advance has been predicted by claims of its impossibility. X-Rays, nuclear reactions, faster-than-the-speed-of-sound flight, everything.

What Can’t Computers Do?

I believe there is one untouchable realm, and that’s the deeply internal area of purpose in our lives. I believe technology won’t be able to give us happiness, fulfillment, or meaning.

Some things have to be done for oneself. Similar to the ability to focus, no external person or thing can give you happiness. 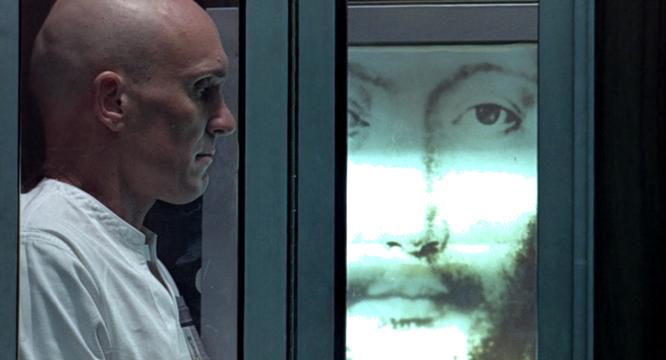 An analogy is physical fitness. If a machine or drug could magically make you strong and fit in every measurable dimension, would it be the same as fitness earned through CrossFit or other strenuous work? I claim it is not. Physical conditioning is partly emotional and mental—maybe even spiritual. These benefits have to be earned. You’ll only get out what you put in.

Thus it will go with technology in general, in the realms of psychology, religion, and general emotional and mental health. The great film THX 1138 has a digital confession booth that gives a dystopian version of what it might look like for computers to play the role of God in our lives. Although crude, it’s probably not too far off in terms of the efficacy of even impossibly advanced technology.

Someday we may find ourselves with everything we need except something meaningful to do. Computers, technology, and corporations will need us only to feed the system. Metaphorically speaking, of course.

Who will be the true survivors and winners then?

I believe it will be those who have put in the hard work required to be in good relationships with themselves. Regardless of their environs, people who have cultivated the ability to exist in the moment—a conscious contact with a higher plane of existence that is to be found and contacted only within—will be the true elites.

Or do I also stop short of realizing the power of the coming advances of technology and medicine?