If you’re a Mac user like me, maybe you’ll find the following tips helpful for making you better at your job.

Have you upgraded to Yosemite yet? If you have, you’ve probably noticed that the green + button in window titlebars has been replaced with an expansion icon, and doesn’t maximize the window the same way anymore. Instead, it enters fullscreen mode in a new desktop.

To get the old behavior, press the alt/option key while hovering the mouse over the green button, and it’ll turn into a + as it used to. You can also press the Shift key to modify its behavior from Zoom to straightforward fullscreen.

On a related note, I find that Microsoft PowerPoint and Microsoft Excel sometimes lose their minds in Mac. The program is selected in the foreground, and I’ve opened a document such as a presentation, but it’s nowhere to be seen. No problem. Just use the Window / Zoom menu item and it will appear.

Placing The Cursor In A Terminal

If you’re typing in a Terminal session and for some reason you have a really long line to edit, or if you’re a Vim user like me, here’s a shortcut to move the mouse to a desired location: press the alt/option button and the cursor becomes a crosshairs. You can then click anywhere you want it to be. If the destination isn’t editable, the resulting edits to the commandline can be interesting. I haven’t figured out what’s going on there yet.

Need to lock your screen while you step away to get more coffee? Just press Control + Shift + Power, or if your Mac doesn’t have a Power button, Control + Shift + Eject. Either way, it’s two keys in the bottom left of your keyboard, and the key at the top right.

Speaking of keyboards, the relative lack of keyboard commands and menu access is one of the things I don’t like about using a Mac. But with recent releases, it’s much better, because I can do nearly anything I want with Spotlight. To open Spotlight, press Command+Space:

In Yosemite, Spotlight is much more powerful than it used to be. Whereas it used to be just a search bar for files and applications, now it does all sorts of things like looking up definitions in the dictionary, math, and so on.

On older Mac versions, I much preferred Alfred, a free app you can get in the App Store. It has quick commands for everything. Just map it to a key combination (such as Control+Space for example) and start typing. I used to use it to lock my computer when I was going to step away (just type “lock”), until I made an effort and found the keyboard commands I mentioned above. That was the only thing I still used in Alfred. Now that I use Yosemite, I’ve uninstalled Alfred.

Want to avoid your screen locking while you’re doing something, but don’t want to obsessively jiggle the Shift key or swipe the touchpad to keep it from locking? Just install the free Caffeine app. It’s great for things like trade show demos. It puts a small cup of coffee in your menu bar. Click the cup to toggle it on or off, and it’ll keep your display from locking.

If you use 1Password (and you should), a great way to fill and submit login forms is to use the browser extensions and the Command + backslash keys together. That’s the \ key, for avoidance of doubt.

If you don’t want a specific website to get submitted after you fill the form in, just edit that entry in 1Password to disable autosubmit.

I used to use Dragon Naturally Speaking to give my hands a break and dictate emails. It’s easy, and it’s a lot faster than typing. I stopped doing that when I switched to Mac. I didn’t have good luck with the Mac version of Dragon at all.

Now I’ve discovered that Mac has dictation built-in. Just press the fn button twice in a row. The first time you do this, it’ll offer to download dictation software for offline use (without sending your voice to servers on the Internet). I did this and it’s been working great. 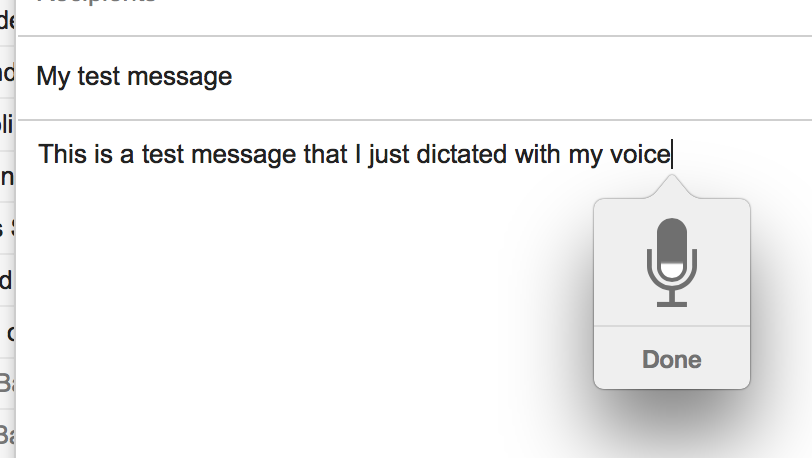 I hope you’ve enjoyed this collection of nine (plus or minus) power tips to make you more productive with a Mac.