Harry Weller died suddenly this week. Harry was one of the greatest venture capital investors in history. He led NEA’s investment in my company, VividCortex. Harry was an advocate and mentor to me, but he was more: in both life and death, he reminded me of Alan Rimm-Kaufman, a boss and mentor who died a handful of years ago. 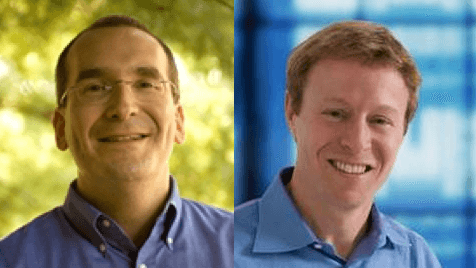 My first contact with Harry was when he reached out to me in early 2013. I was fundraising for VividCortex, and many potential investors were highly skeptical. It was discouraging at times, because some of the more deeply technical investors, those who’d run databases themselves, were more skeptical than those without domain knowledge. There were lots of helpful and supportive venture capitalists, but there was also meeting after meeting after meeting of “I don’t see this solving a problem. This isn’t a business. This is niche at best. Nobody has pain that this addresses.” Some were polite about it, some barely concealed their feelings.

In just a few words, Harry proved that he got it in a way few others did. He knew there was a need and opportunity, even though the timing wasn’t right. Over the following couple of years, we stayed in touch frequently. He never wrote more than a sentence or two, but he always did something helpful: an introduction, an encouragement, something. I sent him occasional updates that would fit onto an iPhone screen.

We brought the company through an existential crisis, then reached cash-flow positive and the business’s fundamental strength became obvious in the numbers. At each milestone, Harry wrote me a few words. When we won a huge deal, for example, Harry just wrote “can u call me” and his phone number. When I got him on the phone he celebrated our success. He cheered me more than I cheered myself.

One day his message was simply “is there a dollar amount of investment that gets me X% of the company with X% postmoney option pool? Hello from a ship in the Atlantic.” And that was how it started. I had a pitch deck, I had financials, a roadmap, a slide full of logos in a quadrant with us at the top right corner, all that jazz. But he barely glanced at it. We found a time between two board meetings, and I drove to his house and waited to meet him in person for the first time. He arrived ravenously hungry, and started pitching me on why we should work together while he made a smoothie, which he shared with me.

He was like a kid who couldn’t stand still. He paced restlessly, interrupting himself midsentence to call other partners at NEA and tell them how big this could be, then hanging up and resuming his thoughts. He told me to stop explaining why this was a good idea—he didn’t need convincing. He pushed me to think even bigger. It wasn’t a question of whether we’d make it. Hah! His biggest fear was that we wouldn’t execute fast enough to outrun the competition. He asked a few questions, did some mental math that was startlingly accurate, summed up the business in a few sentences, and told me if we didn’t fund up and sweep the market, our raw efficiency would become obvious to other investors and they’d fund someone to outgun us. “I’m telling you, I’ve seen this again and again,” he said. “You’ve built a great business, and you’re not going to be able to hide it. In enterprise infrastructure software, my one worry is that you can’t stay ahead of the pack that will come after you. And make no mistake. They will come after you.”

I wasn’t even officially fundraising, but I took his investment and we hit the ground running. Harry frequently called me out of the blue. When I called him I usually got voicemail, then a call back a short while later. I have no idea how he did it. He was on 14 boards and leading the East Coast practice at the world’s largest venture firm, among 99 other things. How can one person have so much bandwidth?

I didn’t have enough time with Harry to get to know him well, not even a year, and only a couple of hours all together. We weren’t close on a personal level. I was still adjusting to some of the ways he worked, still forming opinions about how he operated. He was teaching me to lead more strongly, and the way he did it was brilliantly simple and effective: he told me what the job needed and that if I didn’t do it, a new CEO would. His point was unmistakeable: there is no room in a fast-moving company to leave authority or responsibility vague or let it be owned by the group. It had the effect of pressuring everyone to meet a higher level of performance or leave. I’m still trying to learn how to do that myself.

If I tell the unvarnished truth, I was sometimes nervous of Harry’s motives, because I’d never worked with someone who could instinctively sense an area where I was slightly passive, and feint at it to force me to engage more strongly and produce better results. But in the last couple months, I honestly started to believe he was doing it just to make me be my best.

Then I got the call. Harry was dead. I was stunned.

As I said, Harry and I weren’t close, but my reaction was still very emotional, because Harry isn’t the first person to believe in me and create an amazing opportunity before dying unexpectedly. Before Harry, there was Alan Rimm-Kaufman, who shaped my career tremendously.

There were so many parallels and similarities between Harry and Alan, and my personal experience with the two of them.

I joined Alan in 2006 at the Rimm-Kaufman Group, a bootstrapped startup he founded in Charlottesville, Virginia. Alan had an infectious love of life and was unstoppably energetic. He’d enter a room with his face lit up, bubbling with an idea he couldn’t resist sharing. He was unable to stand still. He hopped around like a soccer goalie.

Alan would start a thought and someone else would venture a related idea. Alan would pounce on it. “Yes!” he’d say. With Alan, just as with Harry, you had zero doubt that he believed in you. Alan, also like Harry, was a man of towering genius. I sometimes wondered if the ideas were all his anyway, and he just withheld parts of them, letting us complete the thoughts he’d already had so we’d believe in ourselves too.

One day I said I might want to write a book someday. Alan didn’t even blink. “Oh yeah,” he said, as he bounced up and down on my yoga ball. “Oh, YEAH! You’ll be published in less than 18 months.” It wasn’t a question. It was foretold. When the opportunity to coauthor High Performance MySQL appeared a short time later, Alan switched me to half-time work with full-time benefits and gave me a private office to work in. He told me to shut the door in the morning and write until lunchtime. I don’t remember how long this went on—perhaps a year.

Alan also sent me to conferences, where Google tried to recruit me. I didn’t want to move to Silicon Valley. Alan thought I was crazy and sternly told me to go interview with them. The day before I left, he handed me a letter full of reasons I’d be better off not taking the job. It was classic Alan: ten hilarious statistics like the number of poisonous snake species in California versus Virginia. I didn’t take a job at Google, but I got to know many wonderful people there.

Then I broke Alan’s heart anyway: I left to work at Percona. When I walked into his office he knew. I remember him doing his best to be happy for me.

While I got absorbed into my new life, working all hours of the day and night, Alan’s leukemia returned. I later found out it was a big part of why he was so energetic. After it went into remission the first time, he’d attacked life and all of the crazy dreams he had for himself and his family with renewed vigor, no holds barred. This time, the disease was not to be beaten. It was looking hopeful, and he was feeling good, he wrote me in emails. But then, suddenly he was gone in a matter of days.

When I re-read my emails, I realized Alan was asking me to come see him before he died, but I had been too busy to pay attention.

I was devastated at Alan’s death. It was the first time anyone I cared about had died, and Alan had been like a father to me. But far worse, I was consumed with guilt at being too selfish to go see him, wracked with regret at taking him for granted. It took me a long time to forgive myself. Eventually, I realized that the regret itself was a waste. It was just a form of self-hatred so I could feel better for punishing myself. When I recovered enough to see this, I realized Alan would have wanted nothing more than for me to stop wallowing in guilt and live fully as he had. That was part of the reason I left my job to found VividCortex.

When Harry died, a flood of thoughts and feelings came back: all of the things I’d processed after Alan’s death. I was reminded of what came from that, my own growth, how the experience of knowing Alan changed me. There are so many parallels in the brief time I had with Harry.

Alan and Harry were intensely focused on all of life, and accomplished extraordinary things. They live on through family, work, religious community, and many other ways including me. I am part of their legacy, and I try to honor them by doing what they did: greet each day with joy, optimism, and energy. Put the pedal to the metal and don’t even think about the brakes.

I was looking forward to seeing Harry soon, and telling him what’s taking shape right now. But I don’t need to, because I already know what he’d do. He’d cheer me, because it’s risky and gutsy and crazy and of course it will work! He’d tell me damn the torpedoes and full speed ahead, he’d tell me to run, run, run! and do it before anyone else does. I know Alan would say exactly the same thing.

Words can never express my gratitude to Alan and Harry. Words are feeble. You know what’s sufficient? Actions, and actions alone.

PS: To the countless others who’ve also believed, supported, helped, and encouraged me: thank you, it means more than I can say, but watch me, and I’ll put my gratitude into action; and someday I hope I can do as you’ve done, too.